MAKING THE SWITCH TO OFF-GRID POWER

Riverford Organic Farmers is on a mission to generate as much of its own power as possible. Electricity accounts for its second largest energy use, after transport fuel, so it wanted to target emissions associated with the power it uses.

We’d already built ground and rooftop systems for Riverford, so this time we put an array on the roof of Riverford’s vegetable packing HQ in South Devon. That’s a 52,000 square foot roof, big enough to up the power generated to 440,000KW – nearly half a mega-watt.

Over six weeks we installed 1300 panels and 30,000 feet of cabling to create the largest subsidy-free solar array in the South West. No government money was spent on this project, making it completely privately funded

The end result generates 25% of Riverford’s total power demand, making a sizeable contribution to its ambition of going off-grid.  And it will save 6500 tonnes of Co2 over its 40-year lifespan, the equivalent of planting 35 square miles of trees: an area the size of Brighton. 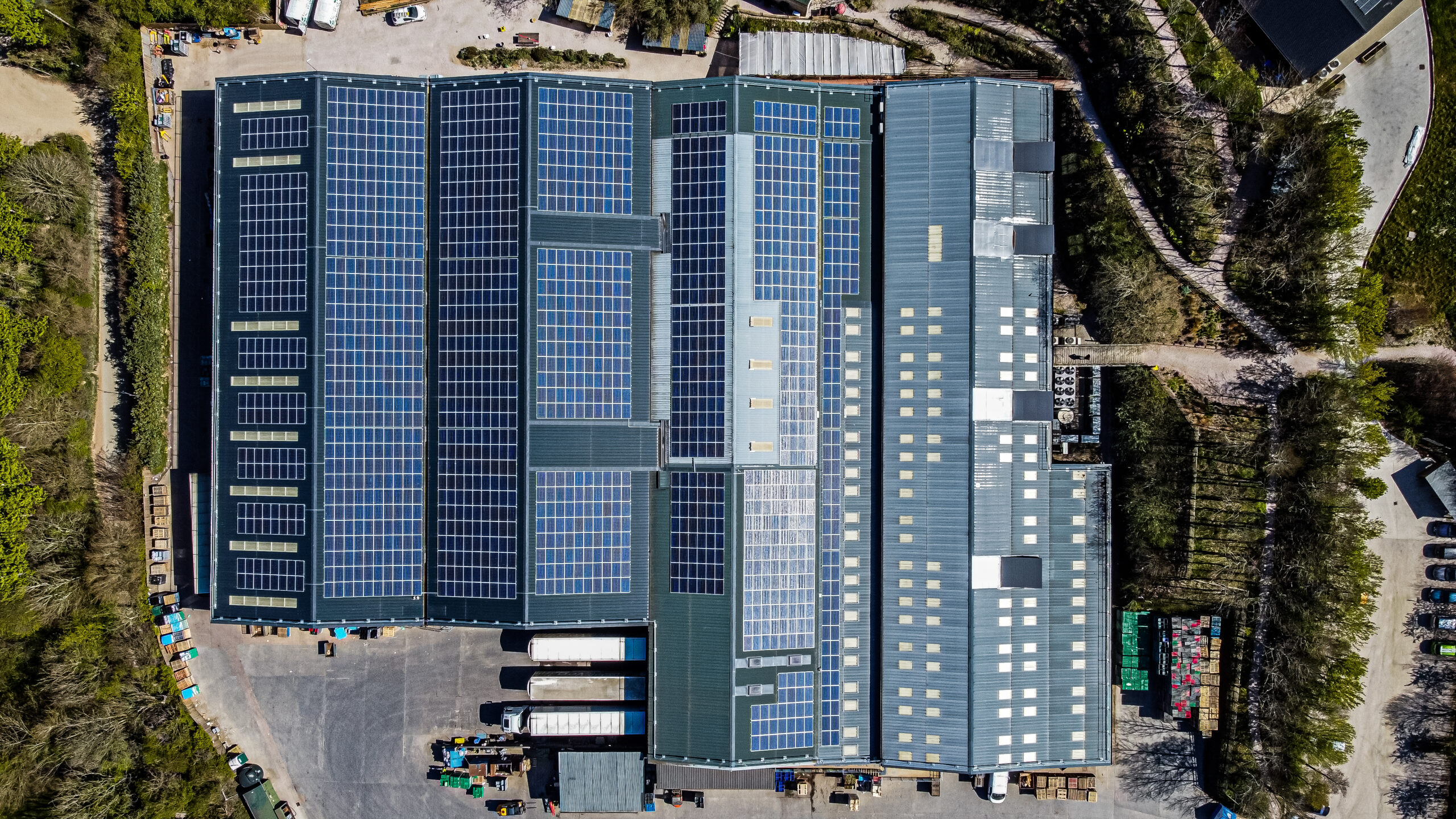