As is widely reported every day (see our Twitter page), there are profound concerns about the effect that human activities are having on the biosphere; the thin strip of fertile land and water upon which humans depend for almost all goods, services and enjoyment. The Industrial Revolution of 1760 heralded a fantastic upgrade in lifestyles; mechanisation and the use of steam engines and later petrol and diesel engines has certainly lessened the daily burden. It has also increased the annual rate of emissions of carbon dioxide and other greenhouse gases (GHGs). Our power requirements are now well served by a dependency on oil, coal and natural gas which has resulted in the release of a huge amount of GHGs. Notably, CO2 levels are currently 27% higher than the world has experienced within the past 650,000 years.

Emissions from human (anthropogenic) induced climate change have been steadily increasing due to a threefold scenario.

The first being that as the world’s thirst for fossil-fuels grows, increased amounts of GHGs are being released. Emissions of GHGs increase proportionately as populations grow, this is because population size is associated with energy consumption and thus, energy-related emissions.

The second being deforestation, the reduction in the plant foliage decreases the earth’s absorption capacity. Over the past 50 years forest cover has decreased by approximately 11 million square kilometers.

The third relates to a potentially drastic reduction in oxygen producing micro-fauna that reside in our oceans. A little known fact is that these microbes (not trees & vegetation) absorb an immense amount of the global CO2 emissions and also provide around 50% of all oxygen on our planet at any given time. Global warming, whether anthropogenic or otherwise, will cause a rise in sea temperature. This is turn will causes an increase in salinity. These factors may cause great harm to these vital micro-fauna and, in turn to all oxygen dependent life.

Currently the world’s population is approximately 7.3 billion people and is expected to rise to approximately 9.5 billion by 2050. Climate change is not, however, a problem for the future: The impacts of climate change are no longer being predicted, they are now being observed and can be measured.

If we do not change the energy mix now, we will surely have a greater challenge year-on-year.  We aim to be a small part of a big change. 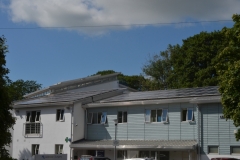 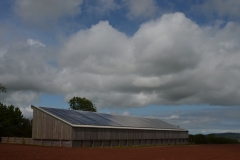 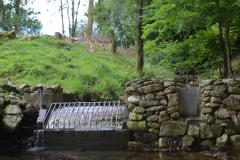 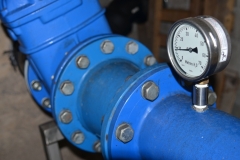 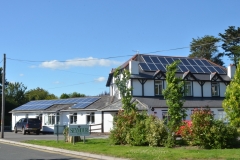